The gardens are a result of the labors of Hilda Munthe.

The first of them, The Peacock Garden, was constructed behind the south wing. Its name is derived from the two leaden peacocks, eighteenth century garden statues from England, which stand on opposite sides of an old sundial. It’s also sometimes referred to as The Yellow Garden because of the beds of Rudbeckia laciniata that frame it.

The Juniper Garden was the next to be completed; and the last in this part of Hildasholm was The Sunken Garden with its little dam.

Closer to the main building is The Rose Garden, and in the 1920’s The Fountain Garden and The Well Garden were built on the promontories in the northern part of the estate. A meandering walk through the ravines takes the visitor there. 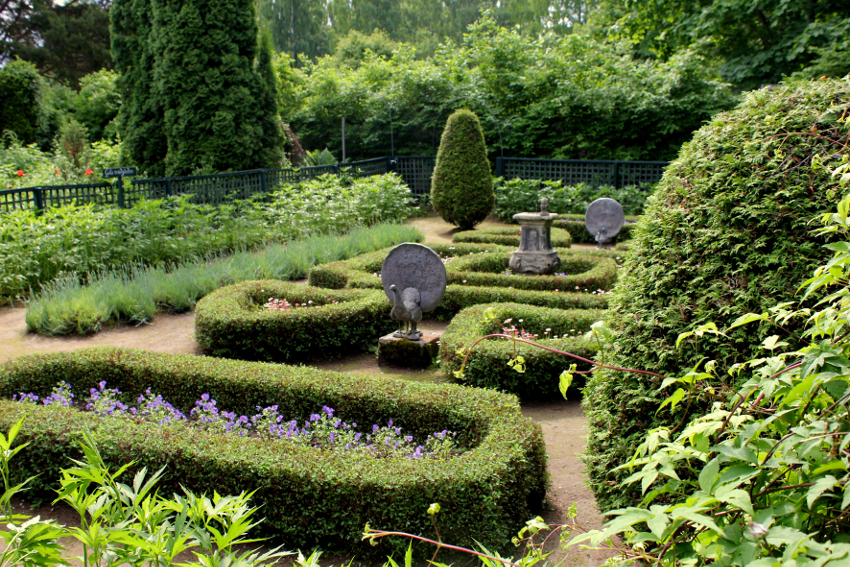 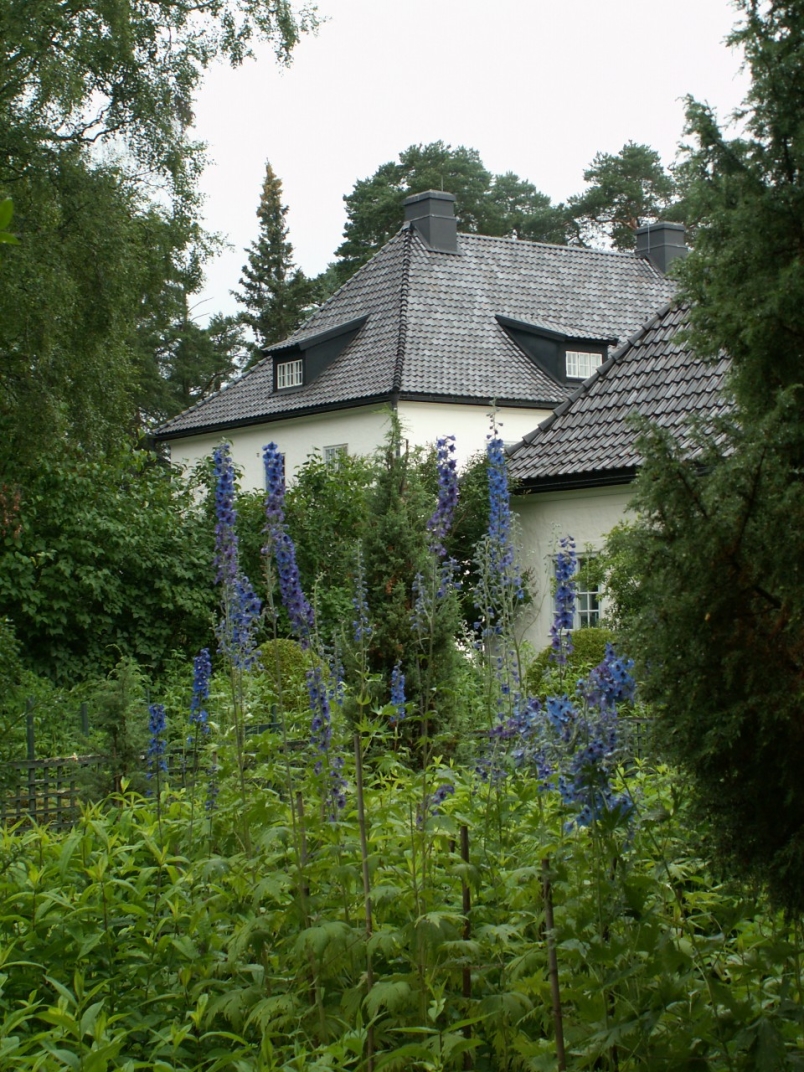 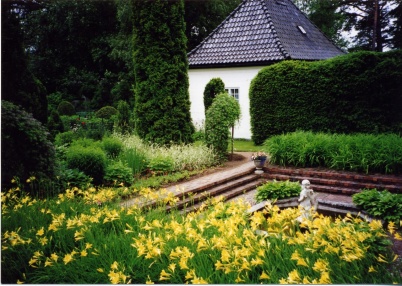 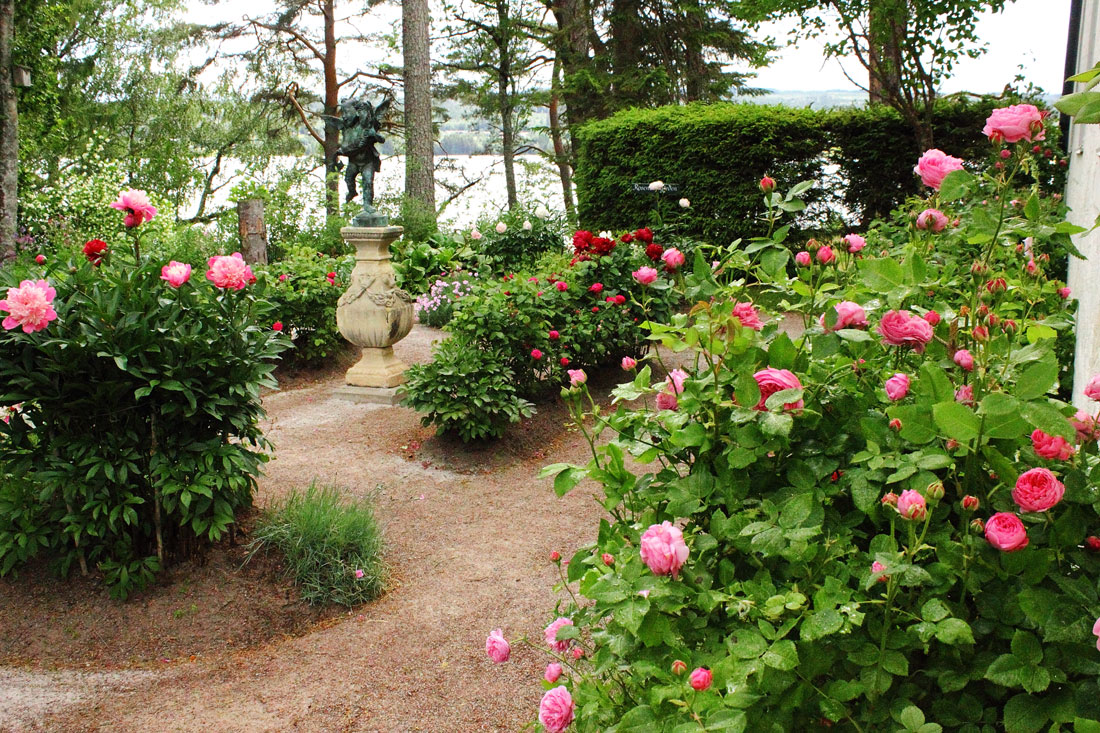 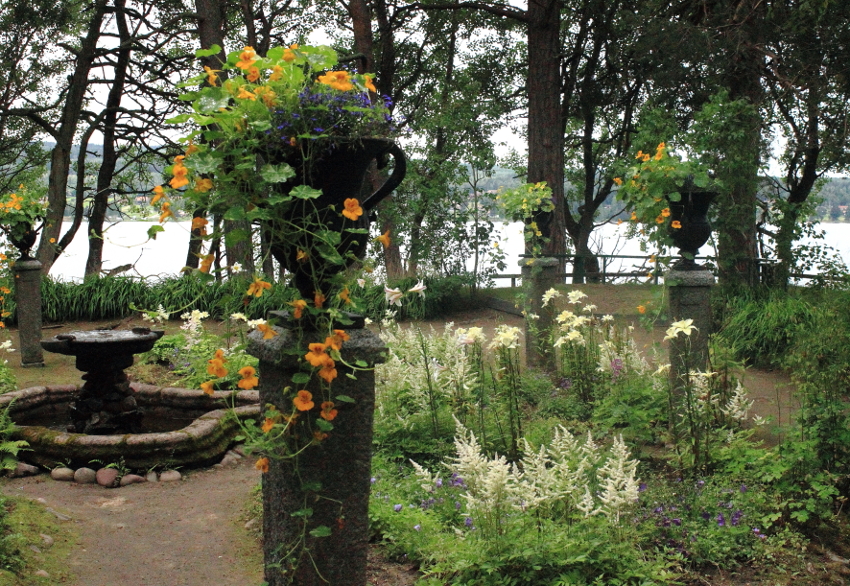